Octaman is kind of a tricky movie to review. That’s because the movie is in all honesty quite bad. The dialogue and the actors are both wooden, the lighting is pretty poor at times, the film stock changes throughout, some of the direction is weird, and the pacing is all over the map. Yet there’s still something I find undeniably entertaining about it, at least whenever the monster is center stage. When Octaman is on the screen doing his thing all is right with the b-movie world. 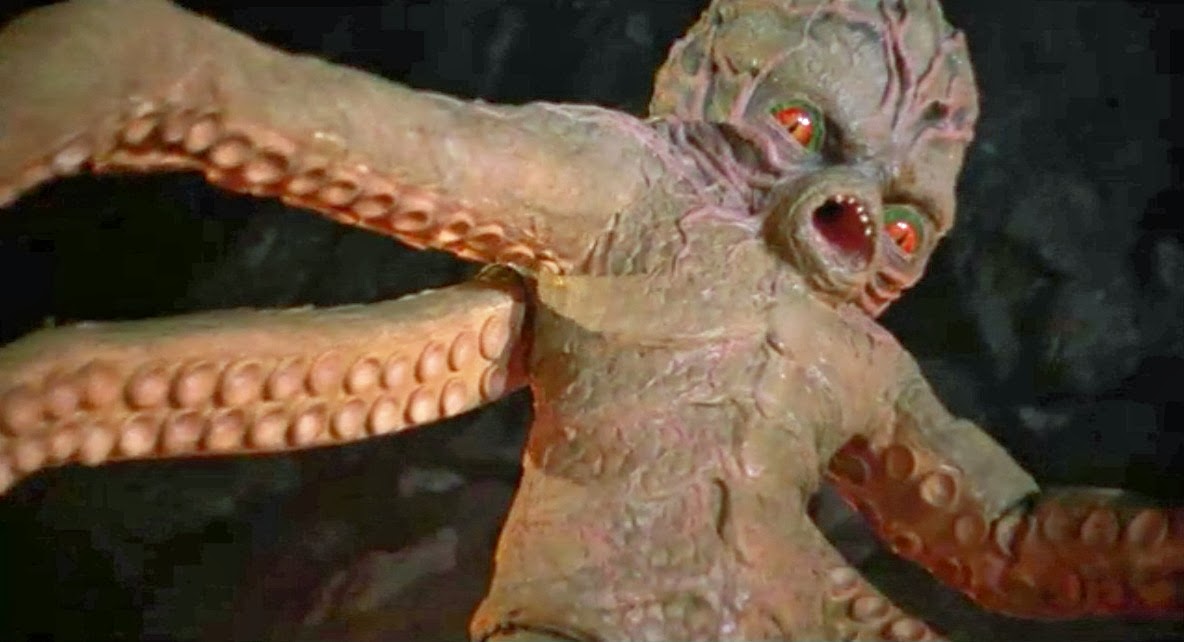 You want to talk about a monster movie where the monster is truly the star? 1971’s Octaman is the textbook definition of such a film. Without the awesome Octaman suit design, the joy of seeing it slap scientists and ranchers around and strangle them with its tentacles, ambushing them from inside their motor home (how it successfully manipulated the door handles with those tentacles is anyone’s guess), picking a woman up in its tentacle arms and carrying her off to do Godzilla knows what, watching folks try to wrangle the Octaman with flashlights and a ring of fire, without all that cheesy monster movie goodness this movie would be rightfully forgotten today.

Octaman was directed by Harry Essex. It follows an expedition team that becomes the target of a murderous humanoid octopus. A scientific expedition to a remote Mexican fishing community, led by Dr. Rick Torres (Kerwin Mathews) and Susan Lowry (Pier Angeli) discovers unhealthy amounts of radiation in the local waters. They find a small mutant octopus that can crawl on land, so to receive further funding for their project, Torres travels back to the States to make a deal with a circus owner, who is interested in the bizarre mutation as a carny act. They return to the camp to discover that their crew has been slaughtered and the octopus specimen is missing. A young man from the village says that a local legend about a creature said to be half man and half sea serpent is true, and offers to take the scientists to the lake where it is purported to live. There, a seven foot tall bloodthirsty humanoid octopus with amazing strength and a lust for killing is discovered, but it escapes. At night, the octopus-man arrives and the crew attempts to trap it in a ring of fire. By the next day, the octopus-man is still alive and has killed several people, so the survivors encounter the octopus-man and shoot it to death. 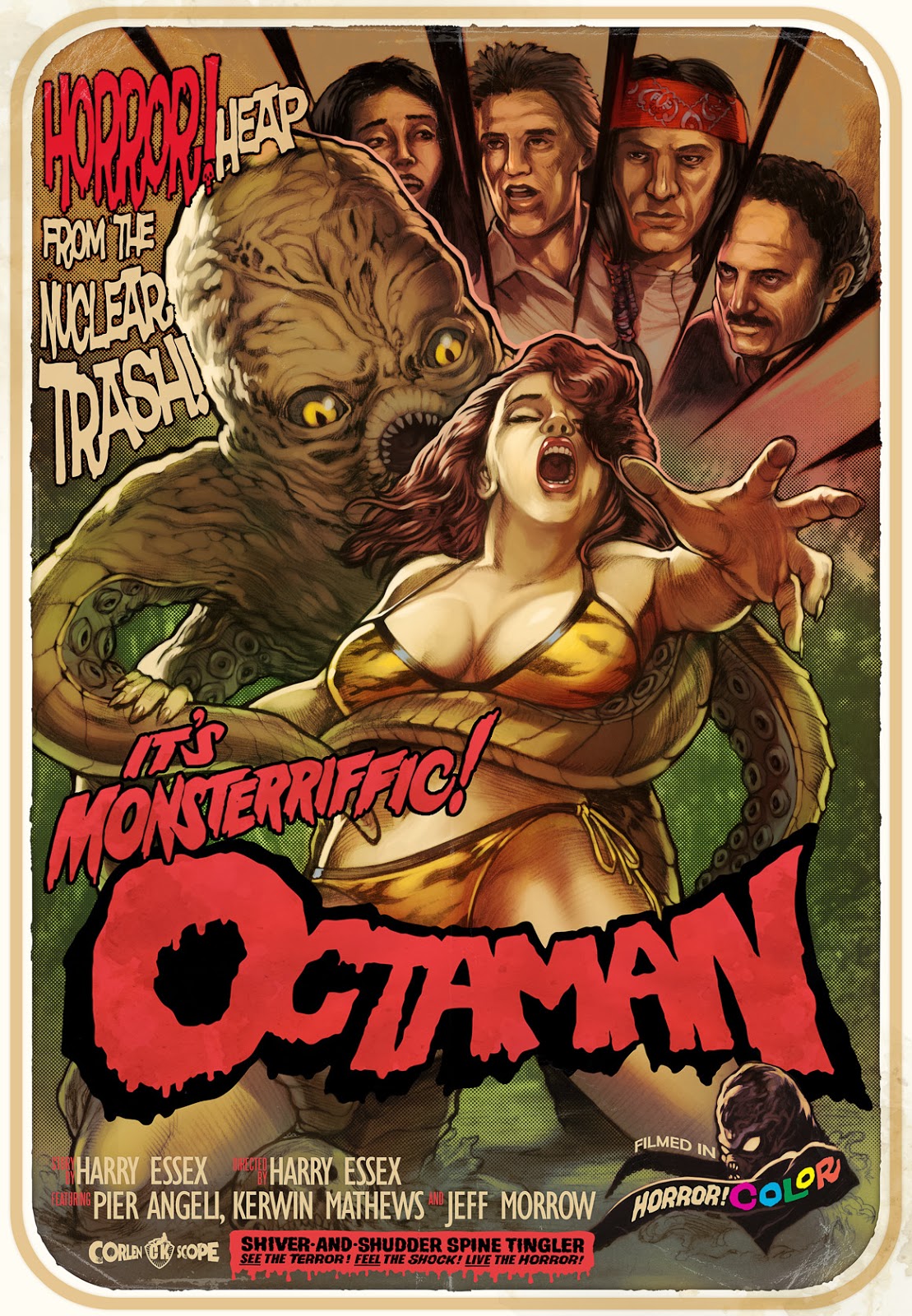 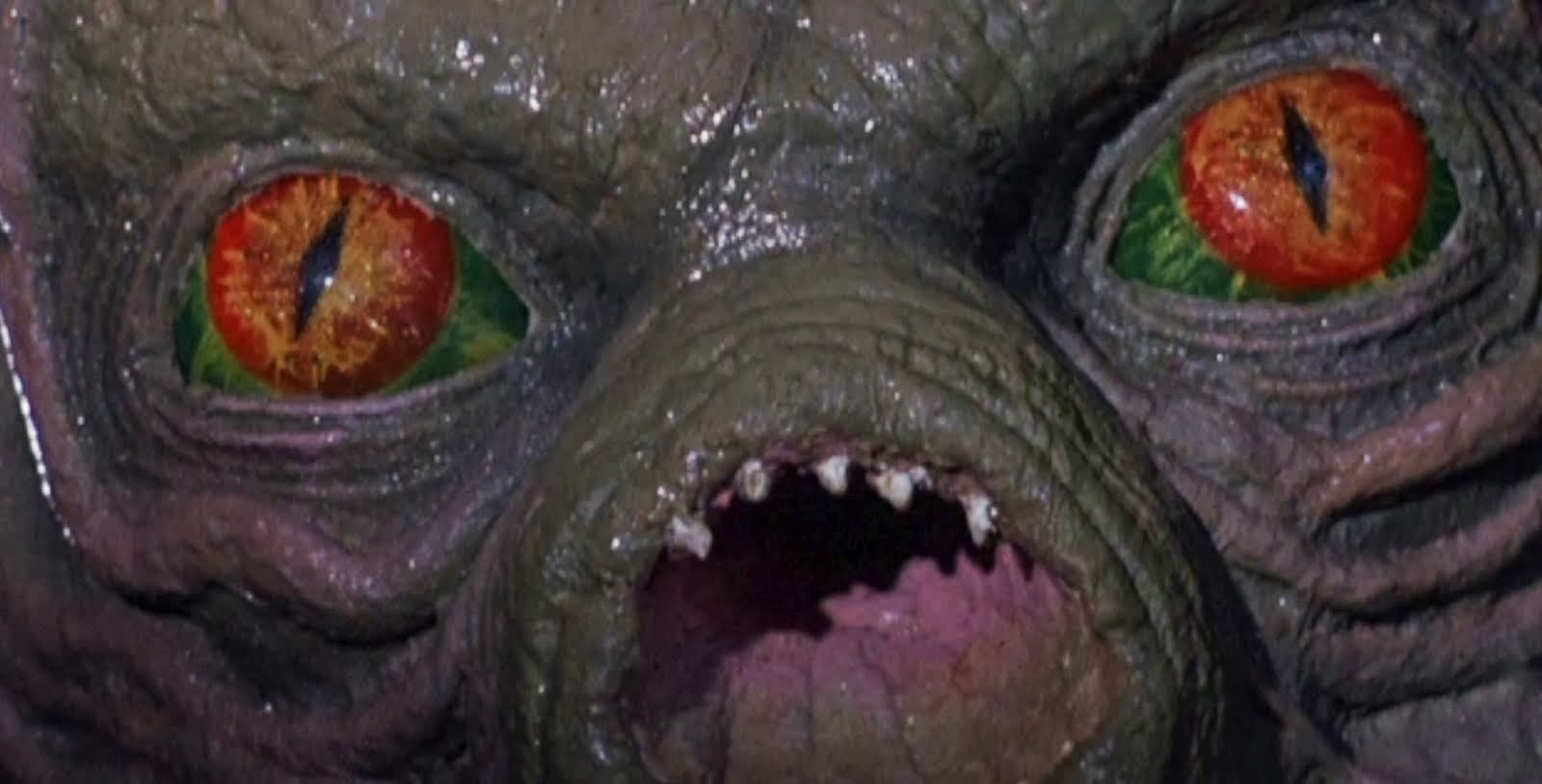